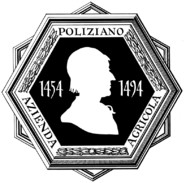 In 1961, Dino Carletti bought 22 hectares of land in the commune of Montepulciano, Tuscany with the desire to reconnect with his cultural heritage by cultivating the vine. Dino planted vineyards in the region and established Poliziano, named as an homage to humanist poet Angelo Ambrogini (1454-1494), known as "Il Poliziano," who was born in Montepulciano.

Dino’s son, Federico, who’d grown up tending the vines, pursued an agriculture degree in Florence in 1978 with the intent of carrying on the family tradition. Today, Federico runs the Poliziano winery, and has not only continued to carry the torch as one of the most prestigious producers of Vino Nobile di Montepulciano, but has grown the estate from 22 to 120 hectares, expanding into the region of Maremma, and also adding a Cortona DOC wine to the portfolio.

Back to Wines: Italy