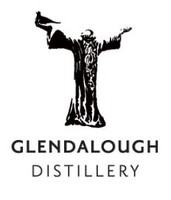 The Glendalough Distillery was set up by five friends from Wicklow and Dublin with a deep passion for reviving the heritage of craft distilling in Ireland. In the 18th & 19th centuries there were over 200 licensed distilleries in Ireland and along with countless unlicensed ones produced diverse styles of poitín, whiskey, gin and even absinthe. Until recently that dropped to a small handful. Glendalough Distillery is now part of a revival of this heritage. The idea behind Glendalough Distillery is to make innovative spirits while staying true to the tradition and heritage of our ancestors. Initially we started with the first ever spirit, poitín and since then have moved to whiskey and most recently the release of two seasonal, wild botanical gins.

Glendalough, or the Glen of two Lakes, is one of the most beautiful valleys in Ireland.

They say Europe was brought out of the dark ages by Irish monks bringing learning from places like Glendalough. The two ribbon lakes, created by the gouging of a glacier, gave the valley its name. When the valley was formed in the last ice age, great deposits of earth and stone were strewn across the valley in the area where the Round Tower now exists.

The mountain streams eventually formed a large lake. The Pollanass river spread alluvial deposits across the centre of the lake and created a divide to form the Upper and Lower Lakes. The Glenealo river flows in from the West into the Upper lake which is the larger and deepest of the two lakes. (there’s talk of a monster in the Upper Lake – banished from the lower one by Kevin).

Before the arrival of St. Kevin this valley (glen) would have been desolate and remote. It must have been ideal for Kevin his outdoor living ‘away from it all’, until his fame brought followers and with them the beginnings of Kevin’s legacy. Kevin died in 617 A.D. at the age of 120 years. His name and life’s work is forever entwine with the ruins and the Glendalough Valley.

The 7 seas bridge 7 continents that some say were made in 7 days. Even the light we see them in splits into 7. It’s the world’s favourite number and some say, a lucky one. But that’s not why they’ve realesed the first of their single malts as a 7 year old. At the Glendalough Distillery, they’re not superstitous, they find it brings bad luck.

As ever it’s all about the man on our bottle, St Kevin. Before he built his “City of 7 Churches” at Glendalough, Kevin spent 7 savage years in the wilderness. You see the number 7 has always been associated with the seekers, the thinkers and the searchers of truth. St Kevin was all of these and more.

He lived off the land around the upper lake, completely at one with nature, he was the kind of outdoorsman that’d put some of today’s action-men to shame. Tested through 7 sharp winters and inspired by the blush of 7 summers, it shaped him to be the man they revere. This whiskey was made in the traditional style its character shaped by 7 years.

Have a look on the bottle, you’ll see 7 silver crosses. These will lead you to each of the 7 churches, should you ever be stirred into going to Glendalough.