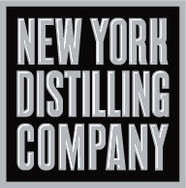 In an age of restless brilliance, Dorothy Parker was a singular sensation.  A new Yorker at heart, her national celebrity sprang from her sharp, biting humor and widely quoted quips.  Regularly seated at the famed Algonquin Round Table, she occupied the city’s cultural and intellectual center stage.  An iconic enthusiast of gin and an unconventional woman, no one could have been a more interesting drinking companion.  Dorothy Parker American Gin  – a blend of traditional and contemporary botanicals including juniper and elderberries, citrus, cinnamon, and hibiscus – is as delicious in a Gin & Tonic as it is in a Gin Daisy.

Matthew Calbraith Perry served as Commandant of the Brooklyn Navy Yard from 1841-43. As early as 1833 he was instrumental in founding its Naval Lyceum to ‘promote the diffusion of useful knowledge – and cement the link which unite professional bretheren.’ We celebrate the attitude and approach that connects the ingenuity and grit of 19th century Brooklyn with contemporary enthusiasts who continue to revive an American cocktail culture.  This original Navy Strength Gin – at 57% ABV – is the historical proof at which gunpowder might still be fired should it unfortunately be soaked by spilled spirit.  ‘Tot’, a British measurement for alcohol, gives nod to Navy Strengths roots.  Aromatic and smooth, Perry’s is ideal for the gin aficionado.

Mister Katz grew up on the B&O railroad, spitting distance from the old Hannisville Distillery. In the days, before Prohibition there was all manner of entertainment to keep a young man’s fancy: the ponies, chewing tobacco, malts at the drugstore, and an evening’s treat of Rock & Rye.

An American classic, authentic Rock & Rye could once be found on the back bar of most noteworthy establishments. Over a century later we proudly present Mister Katz’s Rock & Rye. In service to the past and present, it marries our youthful rye whiskey and rock candy sugar with sour cherries, cinnamon, and a wisp of citrus. Enjoy it on its own or in a cocktail.

At the dawn of a new century, before the turbulence of Prohibition, the stalwarts of saloons and brothels alike were Ragtime and Rye. The syncopated rhythms of a uniquely American music were punctuated by well-built melody and shades of harmony; to ask for a whiskey cocktail meant a hearty Rye in hand – bold, slightly spicy and full of warm flavor. From Lincoln to the Dust Bowl, the wrath of battle to the backyard barbecue, Rye Whiskey has waxed and waned like amber waves of grain, its popularity, only recently, reclaimed as a resolute American spirit.

Distilled from rye proudly grown in New York State, this uncompromising whiskey is aged exclusively in full-size barrels to ensure robust flavor and nuanced finish. If the destiny of nations depends on cultural nourishment then ours may rest, in fulfillment, with Ragtime and Rye.

Back to Spirits: Gin