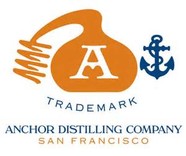 Anchor Distilling Company is the spirits division of Anchor Brewers & Distillers, embracing the commitment to quality, heritage and authenticity that have long made the Anchor name iconic. Anchor Distilling Company distills a range of spirits at the Anchor Brewery & Distillery on Potrero Hill in San Francisco, and also imports a diverse portfolio of premium spirits from around the world.

Inspired by his pioneering experience with craft beer, Fritz Maytag established Anchor Distilling Company in 1993, an idea which Fritz had been considering for some time. According to Maytag, "I had a vision back in the early seventies that maybe making a rye whiskey would be an interesting idea.

Historically, rye whiskey preceded bourbon, and at the time was totally out of fashion. That appealed to me because one of the things we did in the early days of brewing was to do things that were purposefully not popular."

Fritz's vision of a rye whiskey revival took a step closer to becoming reality with the bold realization that there were no pot-distilled whiskeys being made legally in America at the time. Finding inspiration in the rye whiskies of America's past and the great single malt whiskies of Scotland, Fritz gathered a small team to begin top secret research and experimentation in the distillery. According to Bruce Joseph, who has been at Anchor since 1980 and is the current Head Distiller, "When we started, we were making the only pot-distilled whiskey in the U.S. Fritz wanted to go back before bourbon, to colonial times, and we had to do a lot of digging in really old books to teach ourselves about it. Those of us working on the project were able to experiment and really wanted to push the boundaries of American Whiskey."

Anchor's foray into gin was a natural evolution fueled by the same creative inspirations that led to the distillation of rye whiskey. "We realized distilling is fun, and I had learned a lot about herbs, spices and exotics flavorings from our spiced Christmas Ales." The research process for the gin was extensive - Fritz and his team created a list of ingredients and began experimenting one by one using a base built around the fundamental ingredients in most gins. Further experimentation and refinement would eventually lead the Anchor team to create Junipero, San Francisco's first craft gin, a process that seemed endless at the time but was obvious when it arrived. Junipero launched in April of 1996, and soon after the team also launched an obscure style of gin — "What in the old days was simply un-aged whiskey distilled with herbs and botanicals, primarily juniper". The result was Genevieve, which quickly became a celebrated cocktail ingredient amongst bartenders with an appreciation for classic cocktails.

In 2010, a new chapter began for Anchor Distilling Company, with Fritz Maytag retiring, but the same pioneering spirit he establishedcontinues to resonate at Anchor Distilling Company. Several new spirits have been created in the Potrero Hill distillery, and the Anchor portfolio spirits continues to evolve with additional brands and products that are adding something new to the spirits and cocktail scene in the United States.

Back to Spirits: Gin