And the nominees are...

Slocum & Sons is pleased to represent two of the nominees for the Wine Enthusiast 2016 Wine Star Awards.

In the "European Winery of the Year" category, we represent Schloss Johannisberg. It is a 1,000 year old winery with rich history located in Rheingau, Germany. Schloss Johannisberg is world renowned for their Rieslings, and was declared an independent appellation in 1971. The soil and the grape, together with the favorable climatic conditions and long viticultural tradition of Schloss Johannisberg, bring forth wines that reflect the inimitable character of their origin. As such, Johannisberg is a grand monument to the diversity of Riesling, which has found its true home in the vineyard surrounding the castle on the 50th parallel north.

In the "Winemaker of the Year" category, we represent David Ramey. We are proud to represent both of David's creations in both Ramey Wine Cellars & his newer project, Sidebar Cellars. Over the years, David has helped pioneer traditional, artisan winemaking techniques in California during a period when making wine by the University book was the norm.  His efforts have helped shape the way many wines in the United States are made today, including the elimination of skin contact for most white grapes; the use of oxidized juice in making white wine; sur lie aging of white wines in barrel; malolactic fermentation of Chardonnay; native yeast fermentations; harvesting fully mature fruit; eliminating acidification of red wines; and bottling without filtration.

You can read more about the featured brands by clicking the links below. 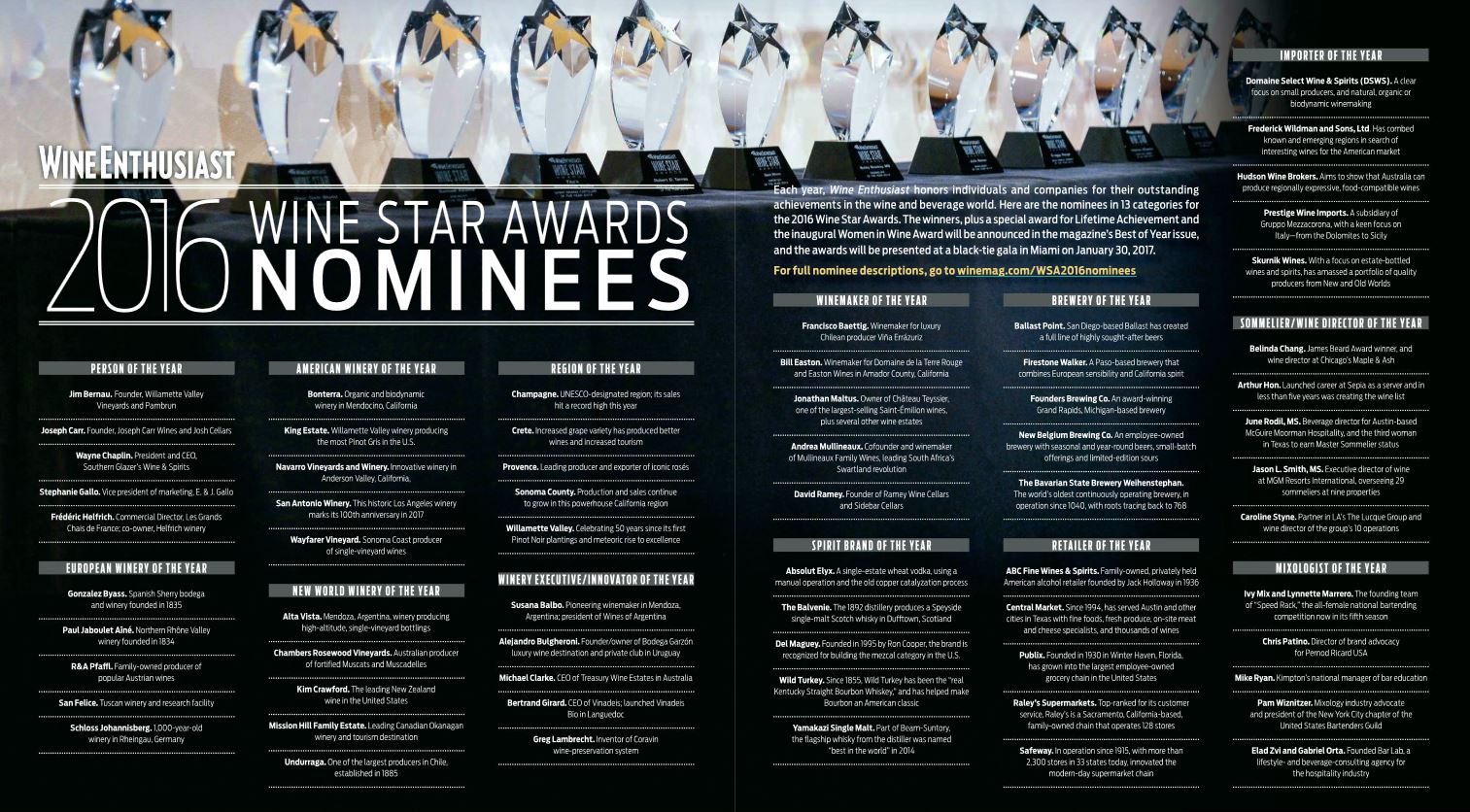