Pendleton Becomes the Official Whisky of the PBR BlueDef Tour

Pendleton Becomes the Official Whisky of the PBR BlueDef Tour

Hood River Distillers, the largest and oldest importer, distiller, producer and bottler of distilled spirits in the Northwest United States, signed an agreement with the world’s premier bull riding organization, the PBR (Professional Bull Riders), to make its Pendleton® Whisky the official whisky of the PBR BlueDEF Tour (BDT).
At each stop along the 2016 and 2017 BlueDEF Tours, Pendleton Whisky will enjoy national partner status with in-arena signage and PA announcements, rights at BDT pre- and post-event parties, and branded elements within the PBR’s livestreaming broadcasts of BDT events on PBR LIVE. The partnership also calls for a retail activation promotion in select markets.
“We are excited to partner with the PBR to feature Pendleton Whisky as the official whisky of the BlueDEF Tour,” said Tia Bledsoe, senior brand manager, Hood River Distillers. “As a brand created to capture and celebrate the bold spirit of the American cowboy and cowgirl, this is a great opportunity for us to support an organization that aligns perfectly with our values and mission.”
“Pendleton Whisky has been a long-time supporter of the Western Lifestyle and we are extremely excited to have them as a partner of the PBR BlueDEF Tour,” said Dave Cordovano, head of the PBR BlueDEF Tour. “This partnership will allow us to work together to develop clever promotional opportunities throughout our entire tour and help elevate the exposure for both of our brands.”
The PBR’s expansion tour, the 2016 BlueDEF Tour, will make stops at 25 key cities across the U.S., featuring markets such as Oakland, California; Denver; Salt Lake City; Portland, Oregon; Milwaukee; and ending with the BDT Finals in Las Vegas. The top five riders from the final BlueDEF Tour standings will qualify for the PBR World Finals. All of the action and excitement can be seen live weekly on PBR LIVE.

About Pendleton Whisky
Pendleton® Whisky is imported, bottled and marketed by Hood River Distillers of Hood River, Ore., and is available nationwide. The oak barrel-aged whisky uses glacier-fed spring water from Oregon’s Mt. Hood and is known for its uncommonly smooth taste and rich, complex flavor. Pendleton Whisky is the official spirit of the Professional Rodeo Cowboys Association (PRCA), and the presenting sponsor of the All American ProRodeo Series, which includes 400-plus PRCA rodeos. For more information, visit www.pendletonwhisky.com.

About the PBR (Professional Bull Riders)
The world’s premier bull riding organization began as a dream of 20 bull riders 23 years ago and is now a global sports phenomenon. PBR broadcasts reach more than half a billion households in 40 nations and territories around the world, and more than 3 million fans attend live events each year. On its elite Built Ford Tough Series, the PBR features the Top 35 bull riders in the world and the top bulls in the business. The televised Built Ford Tough Series, the BlueDEF Tour, the Touring Pro Division and the PBR’s international circuits in Australia, Brazil, Canada and Mexico have paid more than $150 million in earnings to its athletes. Twenty-eight men have earned more than $1 million, including two-time PBR World Champion J.B. Mauney who, with his 2015 PBR World Championship, became bull riding’s first $6 million man and the richest athlete in Western sports history at $6.7 million in career earnings. In May 2015, PBR was acquired by WME | IMG, the global leader in sports, entertainment, media and fashion. For more information on the PBR, go to PBR.com, or follow on Facebook at Facebook.com/PBR, Twitter at Twitter.com/PBR, and YouTube at YouTube.com/PBR 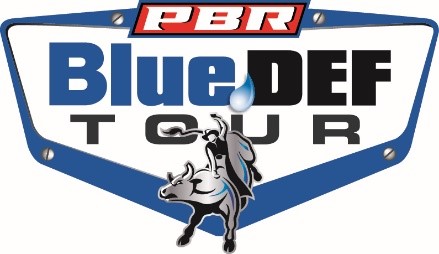